Connect with us
Post Views: 1
By — Steve Scherer, Roberta Rampton 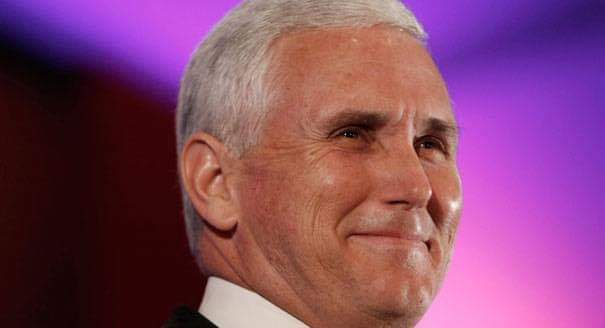 OTTAWA (Reuters) – U.S. Vice President Mike Pence on Thursday called on Canada to do more to engage directly with Cuba over what Pence called the island nation’s “malign influence” on Venezuela’s political crisis.
Pence said earlier in his visit to Ottawa that Canada should help “expose” Cuba’s negative impact, and Canadian Prime Minister Justin Trudeau responded that he thought Cuba could still help resolve the crisis.
Canada and the United States want Venezuelan President Nicolas Maduro to step down to open the way for opposition leader Juan Guaido to take over until new elections can be held.
But they do not always see eye to eye on the best way to achieve that. The United States has accused Cuba, a longtime ally of Venezuela’s socialist government, of providing intelligence personnel to help prop up Maduro. That is denied by Havana.

“The United States sees Cuba’s role for what it is, and we will continue to bring pressure to bear on Cuba until the people of Venezuela are free,” Pence told reporters traveling with him.

Trudeau, meanwhile, has reached out to Cuba on behalf of the Lima Group, a bloc of mostly Latin American countries seeking a peaceful resolution to the standoff.

“Cuba can potentially play a very positive role in the well-being and future stability of Venezuela,” Trudeau said.

Guaido has vowed to press ahead with street protests after talks with government officials hosted by Norway ended on Wednesday without progress toward resolving the long-running political crisis.
Guaido in January assumed a rival interim presidency, citing Venezuela’s constitution, and denounced Maduro’s government as illegitimate after he secured re-election last year in a vote widely criticized as rigged.
Pence said he spoke to Guaido on Wednesday after the Norway talks ended to assure him the United States still supported him.
The United States has tightened an already decades-old embargo on Cuba to pressure the government, including allowing lawsuits for property confiscated after the 1959 revolution.
Canada has joined with the European Union in opposing the Trump administration’s move to allow lawsuits, vowing to defend its businesses operating in Cuba.
U.S. President Donald Trump has threatened to impose a “full and complete embargo” on Cuba if it does not immediately end its military support for Maduro.
— Reporting by Steve Scherer and Roberta Rampton; Writing by Nick Zieminski; Editing by Bill Trott and Rosalba O’Brien.

Coronavirus will kill ‘well over’ 600,000 people in US, Biden warns

Rights activist, Nnamdi Kanu, has congratulated Muslims as they celebrate Eid al-Fitr – one of the holiest occasions on the Islamic calendar.

Kanu, in a message Thursday, noted that his message and best wishes are directed to “Muslim faithfuls who don’t think and behave like the terrorists” who he said are presiding over the government in Nigeria.

“May the peace & blessings of your God Allah be and abide with you always,” said the Indigenous People of Biafra, IPOB.

Eid Mubarak & Barka da Sallah from me to all Muslim faithfuls who don't think and behave like the terrorists we have in #AsoRock presiding over the reign of Caliphate TERRORISM in #Nigeria.

May the peace & blessings of your God Allah be and abide with you always. #EndTerrorism pic.twitter.com/cu6MSGFl7T

Nigeria’s federal government has expressed its displeasure with the rocket attacks between Israel and the Palestinian militant group in Gaza, Hamas.

In a statement by Foreign Ministry spokesman, Ferdinand Nwonye, ​​Nigeria’s federal government called on both sides to defuse hostilities.

“The Federal Ministry of Foreign Affairs wishes to state that the Federal Government of Nigeria is watching with great concern the unfolding developments with Israel and the State of Palestine and urges both parties to see reason and de-escalate the hostilities,” said Nwonye.

“The Federal Government further urges the two parties to remain committed to the two-state solution and, in the meantime, guarantee the rights of all citizens to live in peace and dignity.”

ALSO READ:   A new batch of Somali troops depart to Turkey for training

Gaza rocket attacks: US, Europe suspend flights to and from Israel

A rocket launched from Gaza is intercepted by Israel's Iron Dome system on May 11. Photo by MOHAMMED ABED/AFP via Getty Images
Post Views: 1

International air carriers are suspending flights to and from Israel amid ongoing rocket attacks from Gaza capable of reaching the country’s center, where Ben Gurion Airport is located, near to the city of Lod.

British Airways on Thursday became the latest carrier to cancel its Tel Aviv route, saying that “the safety and security of our colleagues and customers is always our top priority, and we continue to monitor the situation closely.”

Earlier on Thursday, Lufthansa and Austrian Airlines announced that they were suspending flights from Frankfurt, Vienna and Munich on Thursday and Friday.

US-based carriers American, Delta and United on Wednesday cancelled all fights to Israel.

Departing flights were still taking off from Ben Gurion.