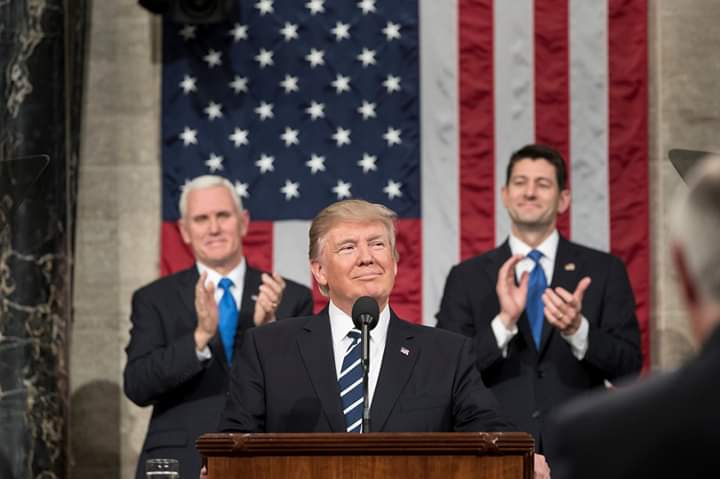 President Donald Trump, facing a potentially difficult path to winning a second term in November 2020, plans an official rollout to his re-election campaign in mid-June, the four-year anniversary of his first run, sources said on Monday.
Trump is likely to kick off his campaign with a rally in Florida, possibly on June 15, followed in the days afterward with stops in battleground states, said the sources, who are close to the White House and spoke on condition of anonymity.
The date will be close to the four-year anniversary of when Trump rode the escalator at Trump Tower down to a crowd of supporters and announced his candidacy on June 16, 2015.
The Trump campaign declined to comment. The president has already been raising money for his re-election and holding political rallies for many months.
Trump considers Florida to be something of a second home, since he owns the Mar-a-Lago club in Palm Beach and stays there regularly.
He won Florida in 2016. But as is the case for Trump in many battleground states, his victory is not assured there in 2020 and he will likely face a fight to win it again.
Since Trump took over as president in early 2017, the U.S. economy has soared with low unemployment and strong growth. Typically presidents with an economy this vibrant would be strong bets for re-election.
But Trump’s polarizing presidency has given hope to a host of Democratic contenders that he can be denied a second term.
Democratic front-runner Joe Biden, who was vice president to President Barack Obama, has sounded a unifying theme to try to rally Americans behind his candidacy. In second place in the Democratic polls is democratic socialist Bernie Sanders.
Trump has dubbed Biden “Sleepy Joe” to try to undermine him, in much the same way as he gave Republican contender Jeb Bush the nickname, “low-energy Jeb” in 2016. Trump tweeted on Monday that China, locked in difficult trade talks with Trump, would like Biden as president.
“Looks like Bernie Sanders is history. Sleepy Joe Biden is pulling ahead and think about it, I’m only here because of Sleepy Joe and the man who took him off the 1% trash heap, President O! China wants Sleepy Joe BADLY!” he said.
Trump is expected to stress the strong economy in his re-election effort, but he told the Fox News Channel’s “The Next Revolution with Steve Hilton” last week that the economy alone will bore his supporters at his rallies.
“If I stood there and talked about the economy for that long a period – let’s say, the economy’s great, unemployment’s low, we’re doing wonderful…they’d start falling asleep,” he said.
Reporting By — Steve Holland | REUTERS

‘Hand Over On May 28’ — Buhari tells ministers

ALSO READ:   Europe the next battleground in the Catalan Independence question
Continue Reading