Connect with us
Post Views: 2
By — Somto Okonkwo (FWP) 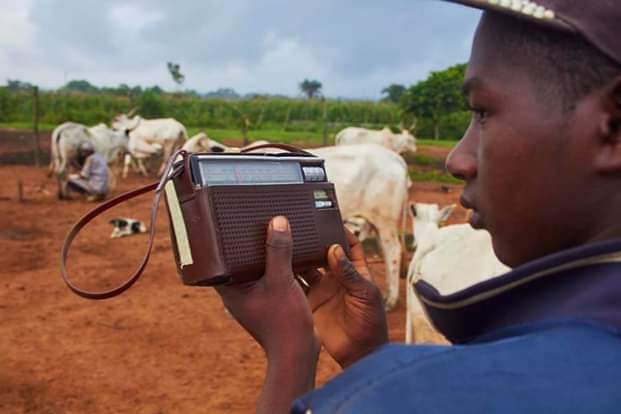 – FG Revokes Gun License For Civilians
– FG Opens Radio Station To Reach Herdsmen
Just few hours after the Nigerian government revoked gun licences for civilians, it immediately launched a radio station in the North with the sole intent of reaching out to the Fulani killer herdsmen. This is nothing else other than galvanising for the actualisation of “FULANI AGENDA” and the connection between this two directives carefully issued out by the same Nigerian government can vividly be explained.
Following the revocation of the use of guns (fire arms) by civilians, there was an immediate launch of a radio station in the North ostensibly put up as a mechanism to propagate their long term plan of the fulanisation of Nigeria. By this, the Fulani killer herdsmen will be well informed and adequately equipped with guns and other dangerous weapons in preparation to violently take over Nigeria while the Southerners are not just only disarmed but helplessly defenceless in the face of such a development, hence the revocation of gun licences against other Nigerians.
Reasons behind the planned total take over of the South by these Fulani terrorists who are presently being addressed as bandits, stems from the fact that most Southerners are well armed. If eventually these guns are given up, let it be made known that the keys of the region have basically been handed over for the total fulanisation policy and that will be catastrophic.
Recall that just a week after the people of Benue got disarmed by the Nigerian Police, these terrorists (Fulani killer herdsmen), immediately moved in and gruesomely wiped out half of the indigenous population in the State. The Nigerian government is undoubtedly working so hard with these Islamic terrorists to ensure that all their “potential enemies” are clinically disarmed before time. These herdsmen have persistently being massacring thousands of innocent, helpless and unarmed citizens  without recourse and yet the Nigerian government and it’s armed forces have blatantly kept a blind eye to the ongoing genocide.
Why has the Nigerian government not clamped down on these Fulani herdsmen? Is it not obvious that the Nigerian government is boldly empowering them? They were arrogantly quick to declare a totally harmless, armless and peaceful group like the Indigenous People of Biafra (IPOB), a terrorist organization but lack the clout to tag these Islamic killers, same. These are the ones responsible for the deaths of thousands of innocent Nigerians.
There exists presently, thousands of dangerous weapons and AK 47 assault rifles at the reach of these marauders in the North and yet the Nigerian government has not deemed it fit or bordered to mop them up. Instead, those at the helm of affairs are more concerned about the official licences issued to gun owners in the South. This is nothing else than high profile conspiracy against the citizens.
My warning therefore  to Southerners is for them to strongly embark on massive acquisition of guns now for the protection of their region and people because soonest, these marauding Fulani terrorists will come knocking. Let nobody surrender his/her guns on the basis of the so-called revocation of gun licences disguisingly aimed at wiping out the people. Let all be prepared.
Southerners must totally disregard such an order for doing otherwise based on the pronouncement of the Nigerian authorities which will amount to willfully giving up your loved ones for slaughter. Get more guns to protect both yourselves and your families. You need them!

ALSO READ:   Senate votes 56-44 to proceed with Trump impeachment
Related Topics:
Up Next

Europe the next battleground in the Catalan Independence question