As popular as he is his viral video made all sorts of headlines after flooding social media.

However, contacted for comment Mr Jacob indicated that he kept these snakes as pets not the other way round.

“My guy, I have a pet snake. Everyone knows it. I actually have three snakes. I have the licenses”, narrated Mr Jacob. What she did is making me seem like I use black magic. The Anaconda loves water that’s why I was bathing with it. In fact, I wasn’t even bathing. I was bathing it”, he defended himself.

Rumour has it that trouble brewed when Fay Nice (Fathima Ndlovu) leaked the voodoo secret of her Nigerian born lover and blesser, Mr Jacob. What was supposed to be a weekend of love and bonding between the two ended up being a weekend of Tom and Jerry as Mr Jacob desperately hunted for Fay Nice who has since gone awol?

ALSO READ:   The tweet: See a lady's response to a confused netizen

The tweet: See a lady’s response to a confused netizen

The tweet: See a lady’s response to a confused netizen

A question asked to a netizen on Twitter has prompted a shocking response from a woman identified as Menenhle Mari-Anne Ncube, who believes that certain duties of married women in the family are stressful.

The other thing I don't understand is when both wife and hubby have an 8-5 job but the wife is expected to get home, take care of the kids, cook and @ the end of the night you are expected to look sexy in lingerie and give a performance of a lifetime just to keep him happy tsek!

Well, her response left many netizens pondering even when others stated their own opinion.

@black_strut replied: I know a woman who hates cooking when I see one 😁

That is nature we can't change it. We also play a gud role to protect our family

@Blimssy1 said: You didn’t add to the fact that she has to wake up early next day to cook and house chores before leaving for work it’s not easy to be a woman, not to talk of being a wife then a mother. Females don’t have any option than to accept it that way. Aye yii o balance.

You are 100% correct. Women are super human beings

‘Ensure women have access to safe abortions’ — UN tells US 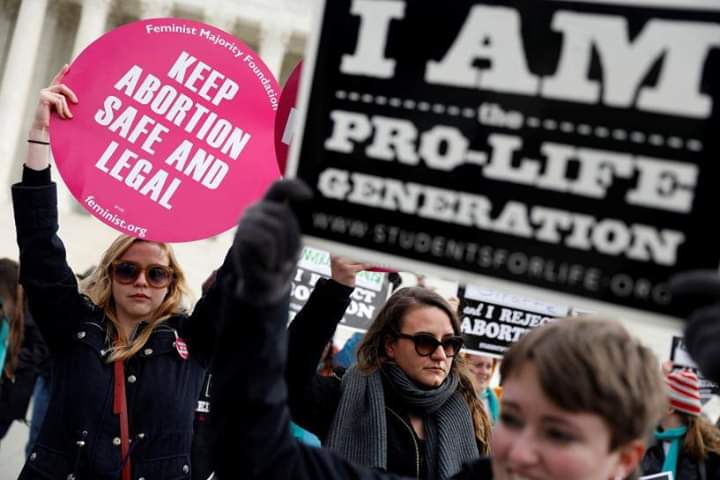 The United Nations human rights office called on U.S. authorities on Tuesday to ensure that women have access to safe abortions, saying bans lead to risky underground abortions that can endanger a woman’s life.
Missouri’s Republican governor, Mike Parson, could sign a bill into law as early as this week that prohibits women from seeking an abortion after the eighth week of pregnancy, days after Alabama enacted the most restrictive abortion law in the United States.

“We are very concerned that several U.S. states have passed laws severely restricting access to safe abortion for women, including by imposing criminal penalties on the women themselves and on abortion service providers,” U.N. human rights spokeswoman Ravina Shamdasani told Reuters Television in Geneva.

Evidence and experience have shown that complete bans on abortions do not reduce their number, but drive them underground “jeopardizing the life, health and safety of the women concerned”, she said.
Such bans are also “inherently discriminatory”, affecting women who are poor, from minority backgrounds or other marginalized communities, Shamdasani added.

“So we are calling on the United States and all other countries to ensure that women have access to safe abortions. At an absolute minimum, in cases of rape, incest and fetal anomaly, there needs to be safe access to abortions,” she said.

Missouri is one of eight states where Republican-controlled legislatures this year have passed new restrictions on abortion. It is part of a coordinated campaign aimed at prompting the conservative-majority U.S. Supreme Court to cut back or overturn the 1973 Roe v. Wade decision that legalized abortion nationwide and recognized a right under the U.S. Constitution for women to terminate pregnancies.
The most restrictive of those bills was signed into law in Alabama last week. It bans abortion at all times and in almost all cases, including when the pregnancy resulted from rape or incest, but allows exceptions when the mother’s life is in danger.
Anti-abortion advocates are aware that any laws they pass are certain to be challenged. But supporters of the Alabama ban said the right to life of the fetus transcended other rights, an idea they would like tested at the Supreme Court.
(The story corrects second paragraph to make clear Missouri governor has not yet signed bill into law.)
Reporting by — Cecile Mantovani; Writing by Stephanie Nebehay; Editing by Frances Kerry 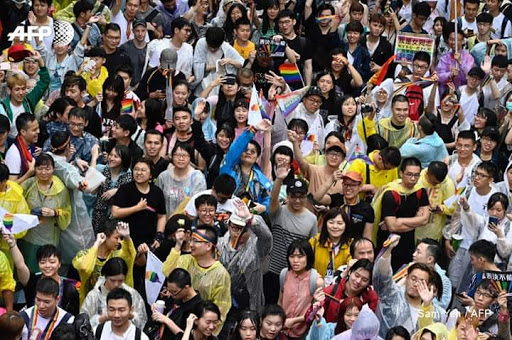 Taiwan’s parliament legalised same-sex marriage on Friday in a landmark first for Asia as the government survived a last-minute attempt by conservatives to pass watered-down legislation.

Lawmakers comfortably passed a bill allowing same-sex couples to form “exclusive permanent unions” and another clause that would let them apply for a “marriage registration” with government agencies.

The vote — which took place on the International Day Against Homophobia, Transphobia and Biphobia — is a major victory for the island’s LGBT community and it places the island at the vanguard of Asia’s burgeoning gay rights movement.

Thousands of gay rights supporters gathered outside parliament despite heavy downpours, waving rainbow flags, flashing victory signs and breaking into cheers as the news filtered out.

In recent months conservatives had mobilised to rid the law of any reference to marriage, instead putting forward rival bills that offered something closer to limited same-sex unions. But those bills struggled to receive enough votes.

Gay rights groups hailed the vote on Friday, saying the ability to apply for a “marriage registration” — known as Clause Four — put their community much closer to parity with heterosexual couples.

“The passage of Clause Four ensures that two persons of the same-sex can register their marriage on May 24th and ensure that Taiwan becomes the first country in Asia to legalise same-sex marriage and to successfully open a new page in history,” said the Taiwan Alliance to Promote Civil Partnership Rights.

Two years ago Taiwan’s top court ruled that not allowing same-sex couples to marry violates the constitution with judges giving the government until May 24 to make the changes or see marriage equality enacted automatically.

The law does not bring full equality with heterosexual couples — it only allows for biological adoption, for example, and marriages with foreigners are not recognised.

But gay rights groups have said they were willing to accept compromises, as long as the new law recognised the concept of marriage, adding they could fight further legal battles over surrogacy and adoption down the line.

“For me the outcome today is not 100 percent perfect, but it’s still pretty good for the gay community as it provides legal definition,” Elias Tseng, a gay pastor who was among the crowds outside parliament, told AFP.

Victoria Hsu, a gay rights lawyer, said it was crucial that conservatives failed in their bid to delete the reference to marriage registration with lawmakers voting 66-27 in favour of the provision.

“In Taiwan a marriage will take effect when it’s registered, so allowing marriage registration is no doubt recognising the marriage itself,” she told AFP.

The first marriages are expected to be registered next Friday, the date the court set for their deadline.

In the last decade, Taiwan has been one of the most progressive societies in Asia when it comes to gay rights, staging the continent’s biggest annual gay pride parade.

But the island remains a staunchly conservative place, especially outside urban areas.

Conservative and religious groups were buoyed by a series of referendum wins in November, in which voters comprehensively rejected defining marriage as anything other than a union between a man and a woman, illustrating the limited popular support for change.

President Tsai Ing-wen hailed the vote as a “big step towards true equality” that “made Taiwan a better country.”

Tsai had previously spoken in favour of gay marriage but was later accused of dragging her feet after the court judgement, fearful of a voter backlash.

Taiwan goes to the polls in January and the gay marriage issue could hamper Tsai’s chances of re-election.

Opponents were incensed by the vote, saying the inclusion of the “marriage registration” clause ignored the 70 percent of voters who had cast ballots in the referendum wanting to keep marriage limited to a man and a woman.

Tseng Hsien-ying, from the Coalition for the Happiness of Our Next Generation, told local media the vote “trampled on Taiwanese people’s expectations that a marriage and a family is formed by a man and a woman, a husband and a wife”.

Australia and New Zealand are the only places in the wider Asia-Pacific region to have passed gay marriage laws.

Taiwan is the first place in Asia to do so.

“We hope this landmark vote will generate waves across Asia and offer a much-needed boost in the struggle for equality for LGBTI people in the region,” Annie Huang, from Amnesty International Taiwan, said in a statement.