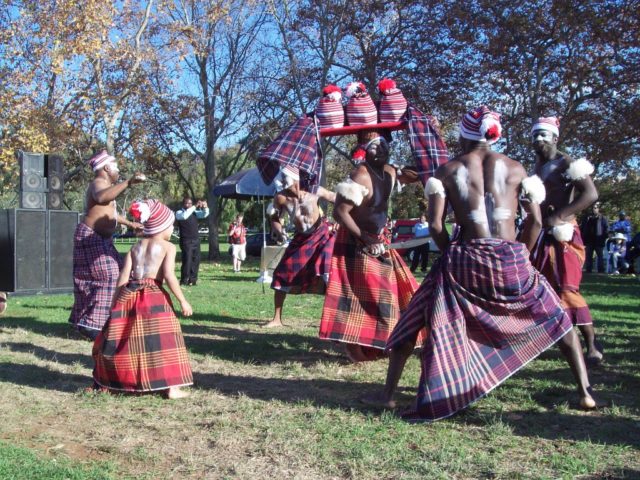 Every village in Igboland had a Council of Elders that carried legislative, executive and judicial powers. It consisted of representatives of every family that lived on that territory. Each representative had its own name in the council, which sounded like ‘Ofo.’
Of all the elders’ members, there was a member respected by other the most. Usually, it was the wisest and most senior person who was called ‘Okpara’ and could gather meetings and be the judge if needed. However, he wasn’t treated like a king or Mr. Predisent. His voice wasn’t powerful and couldn’t make decisions without the voices of all the Igbo families in his village.
Let’s look at the political administration scheme of the council of elders:
• Ofo – heads of each family
• Okpara – the eldest representative of the council
The Council of the village was responsible for settling disputes and arguments, punish those people who disobeyed moral and behavior rules, etc. within its territory. It was autonomous from other villages, and its meetings were attended by all male adults who lived there.
Besides, there were several groups that formed different political institutions within the village:
• Ozo people – these were the most influential representatives of the village (usually, this title was awarded to the most popular and rich men)
• Age grade – these were male groups of the same age who protected their territory and were responsible for peace and duties
• Ala – these were priests who were mouthpieces of Igbo gods (Aro, Ogbaegbu, Amadioha, etc.)
It is interesting that Ozo and Ala could give advice to Okparas, provide assistance with maintaining law in the village and participate in all the meetings. However, none of these groups could perform judicial, executive and legislative functions on their own because these were collegial decisions only.
In old times, Igbo tribes didn’t follow ‘traditional’ forms of government in those centuries, such as Kingdoms and Empires. The Council of elders, groups of people (Ozo, Age grade, and priests) formed the Town Assembly called Oha-na Eze. In other words, everyone from the tribe ruled in their small villages and respected the beliefs and traditions of their ancestors.
You can notice that pre-colonial administration in Igboland reminded of a democratic republic where all the important roles were shared between families in the village.

Why Mozambican flag has Image of Ak-47 riffle

ALSO READ:   More than 30 people killed In an attack In Central African Republic

PHOTO: Protesters with the flag of "Ambazonia"
Post Views: 2