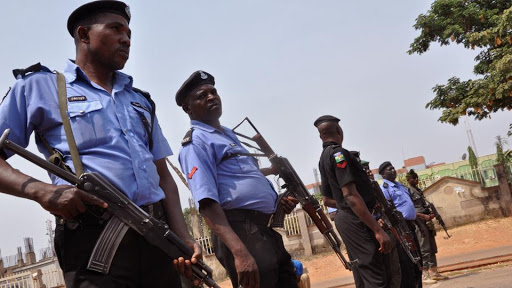 The Speaker of the Zamfara State House Assembly, Sanusi Rikiji, on Friday said no fewer than 50 persons including members of Civilian Joint Task Force, CJTF, were killed in Zamfara on Tuesday.

Mr Rikiji, who revealed this during a condolence visit to Kaura Namoda emirate, attributed the incidence to CJTF confrontation with bandits in a community in Kaura Namoda Local Government Area of the state.

The Speaker, who led the state government delegation on the visit, decried the worsening security situation in the state.

“We were told that the members of Civilian JTF have mobilised people from Sakajiki community in Kaura Namoda Local Government Area and confronted the bandits in the forest which led to the killing of over 50 persons including members of CJTF,” he said.

Mr Rikiji, who is the Chairman of the State Government Relief and Damage Assessment Committee, described the act of the CJTF as unprofessional, saying ”confronting the bandits is not the duty of CJTF members.

“Their duty is to support security personnel to carryout operations not to lead operations; only security agents have the right to organise operation to confront bandits,” he added.

He urged traditional rulers in the state to caution CJTF members in their respective domain to avoid taking laws into theirs hands.

“This is the directive from governor Abdul’aziz Yari that CJTF members should not confront bandits again; let them cooperate with the security personnel.

“We have already received the list of the number of the deceased and other affected victims from the local government Chairman aimed at assisting them.

“The state government would provide assistance to the families of the deceased and other victims of the incident very soon,” he added.

Responding, the emir of Kaura Namoda, Alhaji Muhammad Asha, thanked the state government for the gesture and assured of his palace’s continued support and cooperation with government to address the problem.

He said the emirate had embarked on special prayers to seek Allah’s intervention over the security challenges in the state.

“We have already mobilised our Imams of Jumu’at Mosque and Ulamas to offer special prayers in this regard during Jumu’at prayers,” the emir said.

The Chairman of the council, Lawal Abdullahi, thanked the state government for the assistance to the victims.

Mr Abdullahi assured of the council’s continued support to the state and federal government in fighting insecurity in the area and the state.

ALSO READ:   'Armed Group planning to attack Abuja, other states In Nigeria' — US Intelligence group
Related Topics:
Up Next

Nigeria: Over 20 Persons Killed In Kaduna By Gunmen

Locals said the incident happened in the early hours of Thursday, May 13, 2021, when people were still sleeping.

“They fired sporadically as they stormed the community looking for IPOB members. We saw the bodies in the house this morning,” a resident said, adding that the victims are two women and three men.

Authorities have made no statement regarding the incident, but a traditional chief who confirmed the incident to Gazette Africa said soldiers accused the community of harboring secessionist IPOB members and backing the secessionist group.

“They came around midnight like you said and killed them,” he said.

The Ika Divisional Police Station was attacked and set of fire in the early hours of Wednesday, alongside the Etim Ekpo Police Station, where the attackers killed a policeman, Constable Edogi Bassey, said the State Public Relations Officer — SP Odiko Macdon.

It is the latest attack on police in the state just two weeks after three police officers were killed in separate attacks on police facilities.

No group claimed responsibility for the attack alongside other attacks targeting police formations and other government forces in the country.