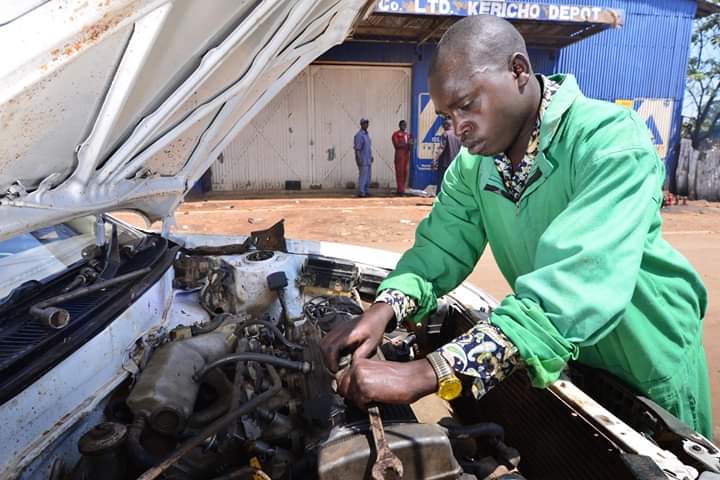 The Kenyan government, through the Kenya Bureau of Standards (KEBS), has issued a statement banning the importation of used car spare parts. The restriction applies only to used car parts and does not put any barriers for importers of new spares.
This is part of the long- term government strategy which hopes to  gradually phase out second-hand vehicles in the country thus increasing demand for locally assembled vehicles.
The agency’s notice requires that parts like tires, tie-rod-ends, bearings, spark plugs, clutch plates, brake pads, tubes, brake hose pipes, rubber bushes, filters, pressure plates, rack ends, ball joints, brake and clutch cables among others are to be imported only as new.
“The used motor vehicle spare parts are not to be imported. This is outlined in the standard and implementation policy that began in March 2018. KEBS has only restricted the used spare parts, not new ones,” said the KEBS Corporate Communications Manager Phoebe Gituku
According to Business Daily- a local newspaper, most of these spare parts are imported from Dubai and Japan.
Businessmen in this line of trade have expressed concerns over the ban stating that most of them and their employees are set to lose their livelihoods.
“I don’t think they are being genuine and you can see the whole conspiracy from the new motor vehicle dealers to take over the spares market as well. The government is not likely to achieve much because even the salvage motor vehicles still generate a significant portion of the second-hand parts. Some of the so-called new parts are fake and break down very fast,” explained Charles Munyori, who is the Kenya Auto Bazaar Association secretary-general.
The move is set to be a big blow to motorists who hugely rely on the second-hand spare parts which are said to be cheaper and of better quality than new ones from China, Taiwan, Indonesia, and India.
An economic survey shows that in 2018, Kenyans spent an estimated Ksh10.1 billion on the importation of second-hand spare parts based on the preferences of motorists.

ALSO READ:   Military raid and airstrikes in Orlu cause panic in eastern Nigeria

PHOTO: Protesters with the flag of "Ambazonia"
Post Views: 3

ALSO READ:   Death toll from An ambush on Nigerien troops rises to 28