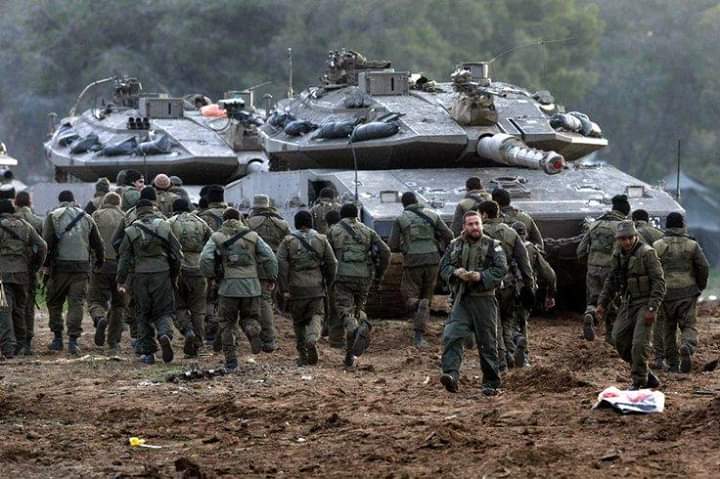 “Two projectiles were launched from Syria toward Mount Hermon,” the IDF said in a statement. “No injuries were reported. Details to follow.”

Israeli media reported that the rocket fire was believed to be intentionally targeting Israel, not spillover from the final battles in Syria’s years-long war.
The Golan Regional Council released a statement detailing the IDF’s initial report, adding that one projectile landed in Israeli territory and another failed to cross the border from Syria.

“We are in constant contact with the army, and there are no special security instructions,” it said.

Earlier this week, Israel said it carried out a retaliatory strike on a Syrian military position in the bordering Quneitra region after an anti-aircraft missile was fired at an Israeli fighter jet in Israeli airspace.
Two weeks ago, Syrian state media claimed that the country’s air defenses intercepted projectiles coming from Israel for the second time in two days.
Israel has admitted to conducting “hundreds of strikes” on Iranian-linked targets on Syrian territory, with the aim to contain Iranian military entrenchment in its northern neighbor.

UMUAHIA — Nnamdi Kanu, a rights activist and leader of the Indigenous People of Biafra, refuted the Nigerian army’s claim that it had caught the deputy of the late ESN chief of defense, Ikonso.

The army said in a statement on Wednesday from the director of public relations, Brigadier General Mohammed Yerima, that military intelligence had followed and caught Awurum Eze, 48, in Aba, Abia state.

The military also claimed that Mr Eze was the main sponsor of attacks on members of government forces in Imo State.

But in a statement Thursday, Kanu called the military’s allegation laughable, adding that the arrested civilian is not a member of the ESN and is not Ikonso’s deputy.

“Abduction of weak and innocent people in Biafra land is gaining momentum in the hands of the so called security agents (TERRORISTS IN UNIFORMS),” Kanu said in a statement posted on his Facebook page.

The rights activist added: “Has anybody heard of ESN headquarters anywhere in Biafraland outside in our forests?, please let the world now.

“It is said that Mr Eze the second commander of ESN in Imo state was arrested by Nigerian joint security forces at ESN headquarters… maybe in IKONSO HOUSE in IMO STATE, like always they kept on trying everything within their reach to mislead the citizens, but NEVER BIAFRANS.

“M Branch knows where their torture chambers are in the capital city of Owerri. Very soon they will receive the appropriate results.”

The Eastern Security Network (ESN) is a local vigilance group created by the leader of IPOB in December 2020, to fight crimes and killings committed by Fulani herders and jihadists in the eastern region of the country.

At least 43 civilians were abducted by Nigerian soldiers in a week in the east of the country, a military source revealed on Wednesday.

Among those believed to have been secretly abducted, are 15 women, who were airlifted alongside 28 men from the PortHarcourt Bori camp to an undisclosed detention center in Niger state.

“They were abducted from different places in the south-east and here in Rivers State in just one week, and brought to our Barack here in PortHarcourt,” said the source, who noted that the abduction was committed during the underway military assault after a series of attacks on government forces facilities and officers by unidentified armed men.

He disclosed that the army airlifted the victims to Niger State in Northern region of the country on Wednesday, but said no specific detention centers where they would be held.

The Nigerian military had deployed troops to the southeast and south-south of the country, following a series of attacks on police formations and government forces by unidentified gunmen.

The federal government accused the separatist group – Indigenous People of Biafra (IPOB) of being responsible for the attacks, but the group and some leaders in the region refuted the claim, saying that the separatist group is nonviolent and could not carry out such attacks.

ALSO READ:   Fear and frustration in Nigeria as millions at risk of phone suspension

Meanwhile, at least 5 civilians were killed by soldiers in Imo State last week by soldiers deployed after an attack on a prison by unidentified gunmen who freed prisons and attacked police facilities.

1,370 Christians massacred in Nigeria by jihadists in four months

No fewer than 1,370 Christians were killed in Nigeria between January and April 2021, a civil rights group, International Society for Civil Liberties & the Rule of Law (Intersociety), disclosed.

Of the estimated 3,500 people kidnapped in the country, 2,500 are Christians, the rights group said, adding that “the 1, 370 Christian deaths in four months is the highest number recorded since 2014 and it specifically surpassed the total number of Christians killed in the whole of 2019, estimated by the Open Doors to be 1,350.”

Open Doors, in a World Watch List report on Christians, revealed that “3,530 Christians were killed in Nigeria between November 2019 and October 2020” in attacks by Fulani herders, Boko Haram, Fulani jihadist terrorists called “bandits”, and other jihadists seeking to turn the country into an Islamic caliphate.

“The research investigation further projected from interviews and open source reports that 250 Christians are most likely to have died or been killed in captivity of their abductors. This represents 10% of 2,500 abducted Christians across the country especially Christian travelers and rural others among them are male and young female farmers including those abducted and raped to death or killed after being raped. The totality of the above brings the number of defenseless Christians killed in Nigeria from Jan to April 2021 to 1,370; out of which Jihadist Fulani Herdsmen accounted for more than 800 Christians. Killings by Jihadist Fulani Herdsmen are concentrated in Southern Kaduna (jointly perpetrated with Fulani Bandits), Plateau, Benue, Anambra, Ebonyi, Enugu, Delta, Edo, Southwest States, Kogi and Nasarawa. Killings by Boko Haram and Fulani Bandits are majorly witnessed in Borno, Taraba, Adamawa, Yobe, Kebbi, Gombe, Niger and FCT. Killings by ISWAP and Ansaru are concentrated in Borno, Adamawa and Taraba States.

“In the area of the 2500 abducted Christians, the breakdown indicates that Kaduna recorded the highest number with 800 abductions out of estimated total of 1,100 abductions.  Out of the 800 abducted Christians in the State, indigenous Christians of the State accounted for 600 including those abducted in Muslim held areas of Birnin-Gwari, Igabi and Giwa Local Government Areas. The abducted Christian travelers who are not indigenes of the State also accounted for about 200 and among them are dozens of Igbo Christians resident in Northern Nigeria especially those traveling from the North to the South or Niger State and the FCT. Niger State, on its own part, recorded the second largest Christian abductees with 300 out of total of 450-500 abductions; followed by Adamawa/Taraba with 100 abductees, Borno with 50 abductees (out of not less than 130 abducted), Nasarawa with 40 abductees, Oyo/Ekiti/Osun with 40 abductees, FCT 30 abductees, Kogi 20 abductees, Ogun/Ondo 15 abductees and at least 205 others abducted by Jihadist Fulani Herdsmen in Anambra, Ebonyi, Enugu, Imo, Abia, Benue, Plateau, Kebbi, Yobe, Delta, Edo, etc. Added were 500 abducted Southeast indigenous Judeo-Christians secretly being held without trial since January 2021 by Nigerian Army, SSS, Police and Navy.”

The civil rights group, disclosed that “apart from killings, maiming and abductions by the named Jihadist groups, Governments and local institutions in the Muslim controlled Northern States are also making life very unbearable for their indigenous Christian communities. These include Katsina State where under-age Christian girls are forcefully married to Muslim men and converted to Islam.”

In attempts by the Nigerian government led by Muhammadu Buhari, a Fulani Muslim, to cover up the massacre, he falsely referred to them as ‘herders-farmers clashes’, or attacks by “bandits”, or ‘killings that cut across Muslims and Christians”, etc.